be concious. be green. be good.

According to a 2014 report from World Animal Protection International, an estimated 640,000 metric tons of fishing gear are left in our oceans every year. This makes discarded fishing nets approximately 10% of the plastic pollution in our oceans.

And if the contribution to our plastic pollution problem weren’t concerning enough, these nets, called ghost nets are also a threat to marine life. They entangle fish, dolphins, whales, sea turtles, sharks, crocodiles, seabirds and crabs, among other things. And per their design, if a marine animal gets caught the net restricts movement and can cause starvation, suffocation, and laceration and infection.

While exact numbers are unknown, according to a 2015 report from The Guardian, the National Marine Fisheries Service reported that from 2000 to 2012, there was an average of 11 entangled large whales per year along the west coast of the U.S. In Washington State alone, 870 nets that contained 32,000 marine animals were recovered between the years of 2002 and 2010. And if that weren’t enough, according to NOAA, the nets also drag across the ocean floor, which can destroy habitats like coral reefs.

To top it all off, this not only causes a problem for the environment, it also causes a problem for the fishermen. Some estimate that over 90% of species caught in these ghost nets are of commercial value, which can contribute to a significant loss of revenue for fishermen. And the SeaDoc Society has estimated that just one a abandoned net could kill almost $20,000 worth of Dungeness crab over 10 years.

Now, there are numerous ways fishing gear can get lost — it can be lost accidently during storms, but it is often times abandoned at sea deliberately. Many ports lack the facilities to collect, recycle or trade nets. And when these facilities are available, it is often expensive. Thus, it is cheaper and easier for fisherman to throw them overboard. 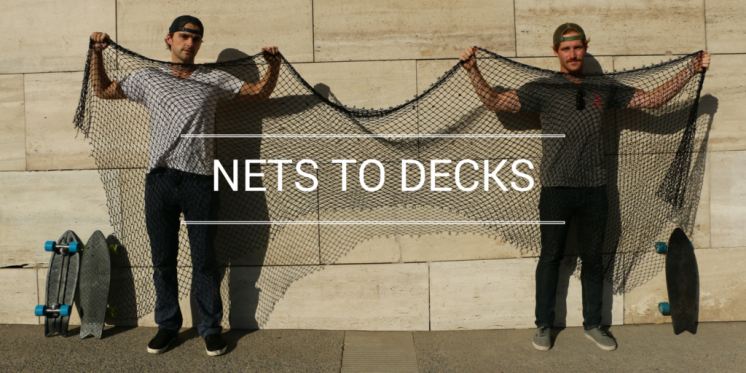 Fortunately this is where, Bureo comes in. In addition to making super cool skateboards (more on that later), Bureo provides fishing net collection points to keep some of those fishing nets out of the oceans.

The company, which is a 1% for the Planet member and a participating venture in Patagonia’s $20Million and Change fund, was founded by a group of people with a passion for both surfing and the environment. Their motto is “from sea to the streets,” with a mission to find innovative solutions to prevent ocean plastics — and what better way to take the plastic issue to the streets than in the form of a skateboard? 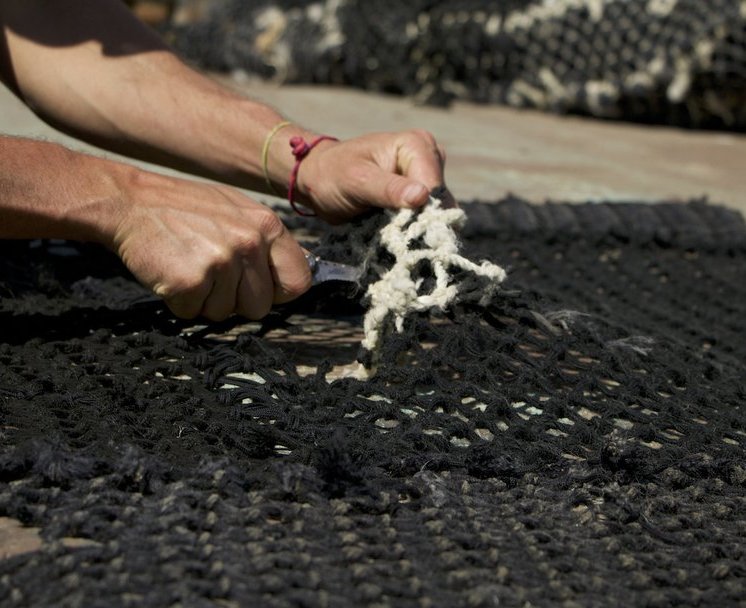 Through their program, NetPositiva, the LA based company provides fisherman in Chile with environmentally sound disposal points, as well as financial incentives to recycle their nets — creating Chile’s first ever fishnet collection and recycling program. They also run education programs in Chile and North America to educate youth on their work and how they can be a part of the movement towards cleaner oceans.

And they give financial support to local labor and participating communities, who are then incentivized to keep plastic fishing nets out of the ocean. To date, their programs have recycled 182,640 square feet of fishing net, which amounts to over 176,000 pounds (or 80,000 KG for the rest of the world) of discarded materials.

Once the team at Bureo collects the fishing nets, the nets are washed and prepared for a mechanical recycling process where they are shredded through a “pelletizer” that melts them and cuts them into small recycled pellets. The pellets are then injected into steel molds to form their skateboards. 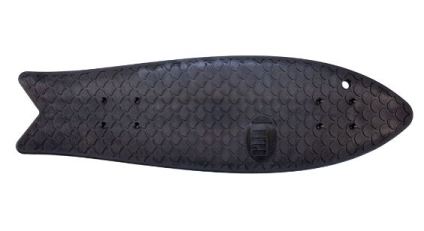 The company currently carries two skateboards. The Minnow Cruiser is a 25” cruiser and was the original skateboard deck made from marine debris, preventing more than 30 sqaure feet of plastic fishnets from entering our oceans. Their second board, the Ahi Performance Cruiser, a 27” cruiser designed in collaboration with Carver Skateboards. 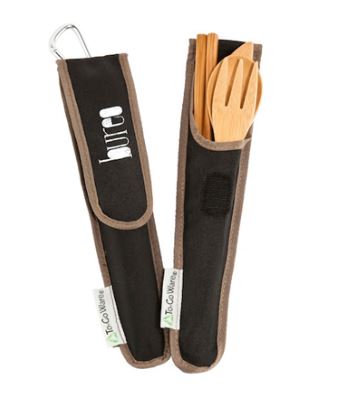 In addition to skateboard decks, the company makes cruiser wheels made from 30% vegetable oil composition and 100% recycled cores. They also have a line of sunglasses that also come from their Net Positiva recycled plastic and a line of clothing made from 100% GMO Free Organic Cotton and low impact dyes, and an assortment of other accessories all promoting a plastic free lifestyle.