be concious. be green. be good.

I’ve written about Imperfect Product before, but by God, if they aren’t at it again.

For those of you who haven’t read/don’t know/didn’t retain what you read/suffered a head injury that caused memory loss, Imperfect Produce, is helping in the fight against food waste (long story short, it is estimated that worldwide, we waste 1.3 billion metric tons, or 1/3, of all food produced for human consumption) by sourcing ugly produce that wouldn’t otherwise be sold and delivering it directly to customers.

So that’s great and all, but now they’re really one-upped themselves — they’re gettin’ into the coffee game. Imperfect Produce has partnered up with Sightglass Coffee, Starbucks’ way more handsome, delicious and hipster younger brother to do a similar thing for the coffee world.

Through their new collaboration, Spotlight: Columbia, the two companies hope to illuminate coffees that have not yet been discovered as well as help secure better prices for producers whose coffees would not otherwise be sold.

To give you a little bit of backstory, here in San Francisco Sightglass is known for their exceptional coffees, which in a place like San Francisco is an impressive feat considering all of the really great coffee. All of their coffees are sourced in freshly harvested lots through direct relationships and long-standing partnerships with producers and cooperatives committed to quality and sustainable business practices. 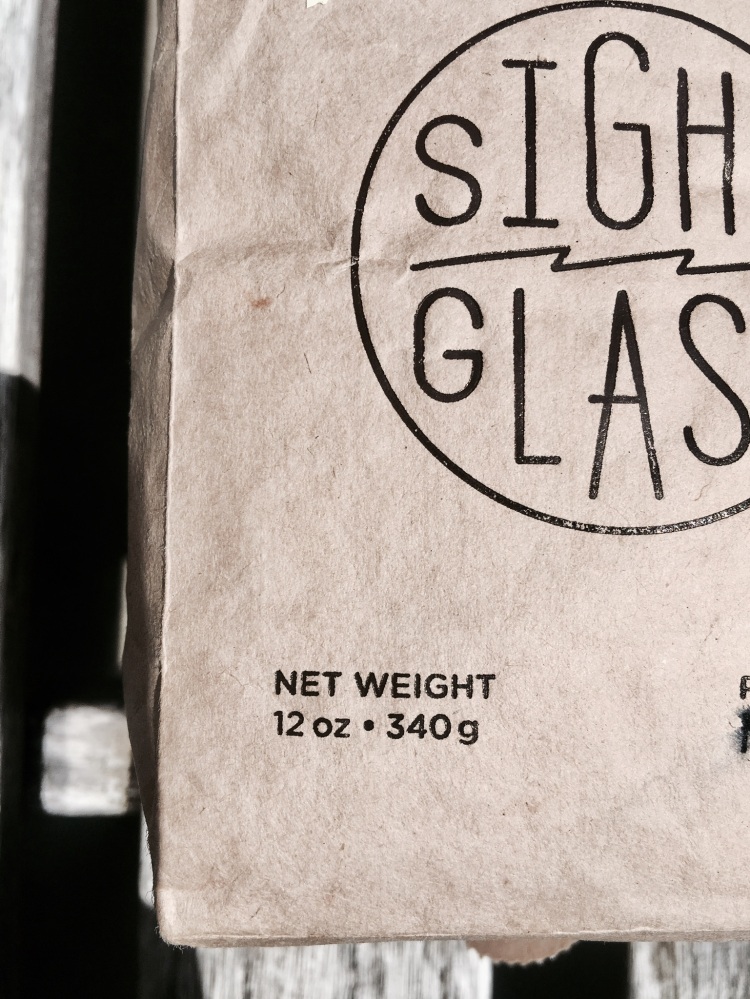 While a lot of their partner farms are small and don’t necessarily possess the financial resources to gain certifications to be USDA Organic or Fair Trade Certified, Sightglass does ensure that they work with farms that practice organic and ecologically conscious growing methods. And because they are working with them directly, they can also ensure their producers are getting paid higher prices for their coffee. Also they are certified delicious…by me and that’s gotta count for something, right?

Back to the collaboration. One of the way cool things about it is that it’s meant to highlight those small coffee farmers all over the world that Sightglass is already working with. What’s even cooler is that it’s ugly coffee. Yes, that is cool, but we’ll get to that later. 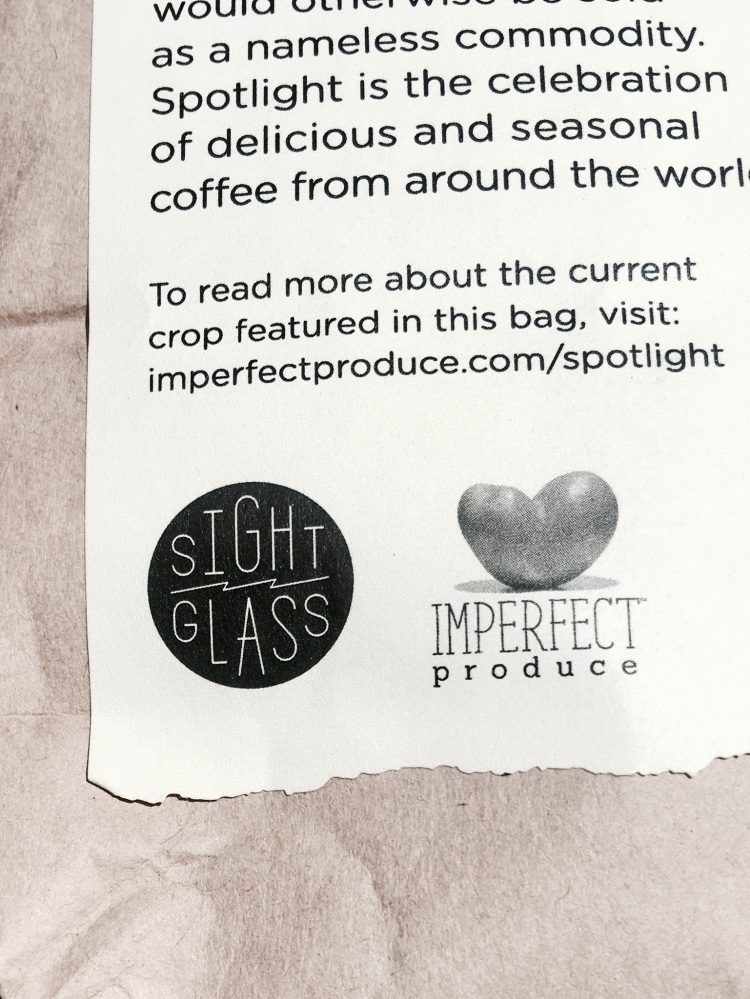 Their current batch, the one that so graciously came in my Imperfect Produce box this week is El Meridiano. It comes from Herrera, a village tucked away in the mountains of Tolima in Central Columbia, where a group of 80 small farmers make exceptional coffee.

And because they’re not jerks, Imperfect and Sightglass are supporting these farmers by sourcing the “peaberries,” which are considered less valuable because they’re an odd shape. Peaberries are the coffee beans that grew into a single round seed instead of the normal flat duo. The beans have the same taste as the “normal” (whatever that means, amirite?) coffee beans, but because they’re not as pretty as those other fellas, they don’t typically command as good of a buying price.

By turning their focus onto these beans, Imperfect and Sightglass are supporting the coffee farmers of Herrera to sell more of what they grow at a good price. And I’ll drink to that.

Know any other cool companies that are doing similar things? Shoot me an email, I would love to hear about them!

One thought on “| but first [ugly], coffee | Imperfect Produce and Sightglass Coffee Are Teaming Up to Sell You Ugly Coffee & This Is Why You Should Care”